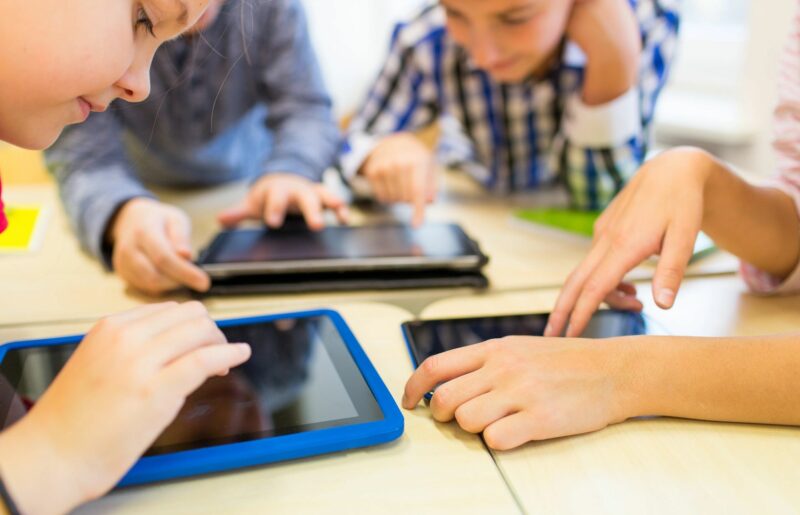 School reform can be defined as the intentional restructuring of schools to improve student achievement. School districts have been pouring millions of dollars into programs that are intended to improve the current state of education. The methods most districts use to initiate school reform are based on two major categories: principal leadership and overall school funding. The articles in this review prove the attributes of school funding and principal leadership are ineffective in measuring the success of student achievement in schools.

The articles in this review were selected because of the qualitative and quantitative research gathered and analyzed that proves there are no correlations between the variables of school leadership, funding, and student achievement. These articles are an unbiased synthesis of principal leadership and school funding in relation to student achievement. The articles allow for unbiased conclusions and recommendations regarding the current state of school reform.

The focus on school funding is based on two major ideas: school funding should equate to higher student achievement and the ability for school leaders to make funding decisions that help students achieve on standardized testing. There are a number of research articles that have concluded the opposite is true for school funding and reform.

Research shows there is no correlation in the amount of funding a school receives and positive student achievement.  Schools who receive more funds than other schools do not have better student achievement data. Gross, Booker, and Goldhaber (2009) conducted a research study to find a correlation between student funding and achievement. The authors gathered federal and state-level information to analyze the relationships between funding and performance over a 7-year study. The study focused on student performance in grades 3 – 8. The report also acknowledges there was norming in expectations for how the funding was to be used. Schools in the study used “62 different models adopted as primary school models in the 231 elementary schools” included in the study (Gross, Booker, and Goldhaber, 2009, p. 115). The study made its conclusions by analyzing the funding and testing information that was gathered from the 1996-1997 school year to the 2003-2004 school year.  The schools that were the focus were schools that received an additional grant to allowed schools to select and implement additional programs to help close the achievement gap. The results of the study showed that although schools were given an additional grant, schools were not able to capitalize on the additional funding in a measurable way. In conclusion, the researchers stated, “The Office of Management and Budget released profiles of major federal programs and concluded that ‘the Department has not determined a direct relationship between funding levels and performance goals”(Gross, Booker, and Goldhaber, 2009, p. 115 ).  This supports the idea that although some schools are able to obtain more funding the others, it doesn’t mean those schools are inherently able to capitalize on that funding to increase student achievement.

In 2011, researchers presented another article that supports the idea that funding has no correlation to student achievement. In this study, researchers looked at the effectiveness of the funding used throughout the district. The researchers attempted to define correlations between reading scores and school funding. Jensen, Reichl, and Kemp (2011) concluded there is a “mismatch between education expenditures and performance”(p. 323). Although student funding “increased by 17 percent, student performance declined by 2.5 percent” (Jensen, Reichl, and Kemp, 2011, p. 325). In this study, the researchers were able to gather information using public funding and student achievement data. They used the data from 5 school years to draw conclusions around the lack of correlation in funding and achievement. This article helps support the idea that student achievement is more than just a funding issue. It helps argue the point that school reform cannot be based on the idea of funding alone.

Another limitation of school funding is the ability for districts to spend money in ways that are most beneficial for their students. Usage restriction prohibiting school leaders from allocating resources effectively for their school or district limits student achievement. No Child Left Behind (NCLB) was supposed to help set a new standard for education in America. NCLB required schools to allocate funds for particular types of programs, but those allocations didn’t correlate to student performance.

This means schools were not able to use the funds in ways that could have had a more cost-effective or proven impact on student performance because the federal government already set earmarks for how the funds where to be used. This supports the idea of funding impacting school reform because there is no correlation to setting earmarks with student achievement.

The other major facet of many proposals for school reform is school leadership. While school leaders are tasked with leading schools and making sound decisions to move them forward, research shows that district leadership may need to reconsider the types of leaders who lead schools, the conditions in which they are evaluated and their roles within schools. There are some inherent limitations to these studies because it focuses primarily on qualitative data sources and research design. To remove the limited reach of these studies researchers would need to create more observable research designs that collected primary data sources. These limitations support the idea that the lack of real school reform measures makes it impossible for stakeholders to agree on the principal leadership the primary component of school reform.

School leaders are currently evaluated on the performance of their students based on the current year’s data. Often times school leaders are bounced from school to school. Fuller and Hollingworth (2014) present the argument that principal evaluations are based on the success of previous leadership teams. They present a lengthy connection between current principals, their predecessors, and the ability to rank effectiveness when thinking about the inherent success a principal may have from the previous administration. In summation, Fuller and Hollingworth (2014) argue that a principal is evaluated on the system that a previous administrator put in place (pp. 466-499). Most people know that it takes a least 3 or 4 years for a leader to have an authentic effect on anything. When considering even presidential elections, the next president’s first year is basically the conclusion of the previous president. It takes years for implementation of bills and laws and often those things are in place after a president leaves the office. The same is true in education. It becomes challenging to find real evidence of change when school leadership is often changing.

Principal evaluations are based on an exhaustive list of responsibilities. Often that list is overwhelming for the best school administrator. When principals have a lot of their plates, they are often ineffective at least one of those areas. School leaders are currently ineffective because they have too much to do. When leadership roles are divided, school leaders can be more effective instead of trying to carry the load alone. Eckman and Kelber (2009) provide several examples of co-principalship. They conducted a qualitative research study that surveyed principals who use the current leadership style and a co-leadership style. The researchers analyzed the effectiveness of a leadership model where there is more that one leader in a school building.  They used a questionnaire to gather data from 174 principals. There was a 50/50 split between the traditional principals and co-principals. The researchers concluded that it was clear that leaders who serve in the co-leadership model had higher satisfaction with work-life balance, higher job satisfaction, and less conflict. The major theme in this is that principals often have to balance too many responsibilities at once. It is difficult to find satisfaction in any one category when there is so much to balance. Co-principals are more successful because they have particular areas that they focus on allowing them to have more balance in their roles in a school building. If school districts implemented this type of leadership style there would be higher retention of quality school leaders. “Regardless of their role commitment choice, co-principals experienced a greater degree of job satisfaction than did traditional principals”(Eckman and Kelber, 2009, p. 98). It can be assumed a higher level of job satisfaction allows principals to be more effective at their jobs. When principals have the opportunity to share some of the responsibility that they have they are able to be more successful and it allows for a fair evaluation of their success.

One of the most important aspects of principal effectiveness is the ability of principals to craft effective goals. From previous research, we know if principals have a lot on their plates they are unable to create realistic goals. McCollulm and Kajs (2009), provided principals with surveys to help them identify the strategies and mindset when creating goals. The researchers sought to quantify and analyze the relationship between efficacy and goal orientation in school administrators. The researchers used a questionnaire to gather information from school administrators. “312 early-career principals participated in this study.”(McCollulm and Kajs, 2009, p. 33). The study used the School Administrator Efficacy Scale (SAES), which shows “excellent psychometric properties”(McCollulm and Kajs, 2009, p. 30). The study concluded there is a “clear, significant relationship between” efficacy and goal orientation (McCollulm and Kajs, 2009, p. 38). When principles have a “mastery-approach goal orientation” they are more “self-efficacious”.  They concluded principals who use a master-approach to goal setting are often more effective than any other goal-setting method. They were studying self-efficacy and argued that successful and effective school leaders must have strong efficacy and strong goal orientation. This research helps when trying to identify methods to motivate principals.

The research reviewed shows there is no correlation between current practices in funding and school leadership that have an impact on student performance. Currently, schools that have more or less funding have no proven advantage or disadvantage in terms of being able to perform well on state and federal mandated testing. Even when schools are given funds there are limitations on how funding is to be used which causes even more gaps in student achievement. When principals are overwhelmed with their responsibilities they are less likely to experience satisfaction with their jobs. This leads to a lack of master-approach goal setting. These are just a few reasons why the current landscape of school reform is poor. National and State governments are putting high stakes on low performing measures and are causing more harm than good.

While stakeholders have the right to want to see an increase in student achievement, the current strategy of school reform is ineffective. Parents, teachers, students, and members of the community all want schools to be places where students are achieving at full capacity. There are so many other factors and variables that play a role in student achievement. In the future, research can be done to define the measures of school performance that have the highest correlation with student achievement. Those are the areas that should have the most focus. Research also needs to be done in conjunction with psychologists to understand the shift in student thinking and ability within the 20th century. There is an opportunity to redefine what it means to be a learner in the current world, instead of using old strategies. When we begin to close the knowledge gap we can begin to close the achievement gap.

Research proves that there is no correlation with school funding with these parameters. In order to reform schools, education stakeholders should look at several other variables impacting student achievement. Access to pre-k and early learning options, parental involvement, self-efficacy and intrinsic motivation, teacher preparation, per-pupil funding, and test alignment with the curriculum are a few variables that affect student achievement. Future research should look to balance the data collection across multiple variables and then define trends from that collection of data. Because there is limited data on what are the most impactful variables on student achievement, several qualitative studies should be conducted to begin to acknowledge the relationships. After that, researchers can begin to drill down and isolate the factors that have the most impact on student achievement.