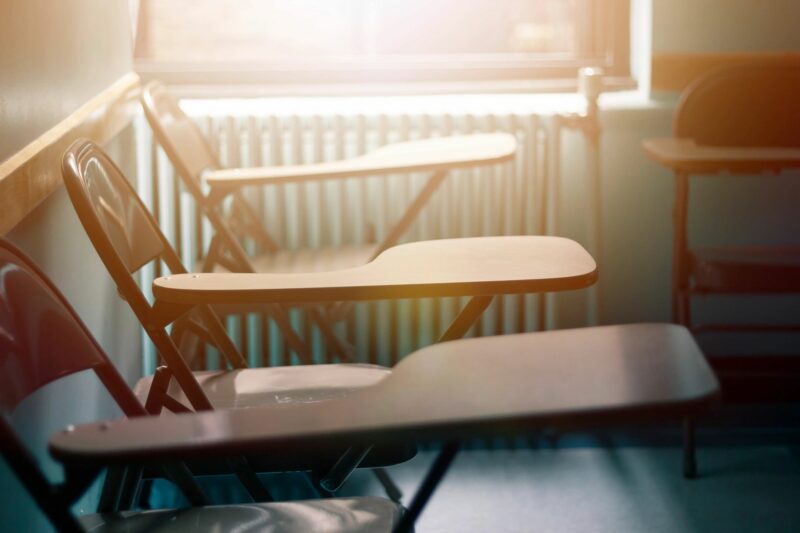 Several authors provide definitions for what a professional learning community or PLC is and its goal. In summation, a professional learning community is a collaborative group using research and data (learning) to bring about change in a given environment (Dufour and Fullan, 2013; Erkens and Twadell, 2012; Hord et al., 2014). Dufour and Fallan (2013) specify a PLC as having the distinct characteristics of “A relentless focus on learning for all students, collaborative culture and collective to support student and adult learning, and a results-orientation to improve practice and drive continuous improvement.”. There are several challenges to the implementation and maintenance of an effective PLC. This literature review is focused on the intention of a PLC, not the dangerous pitfalls many PLCs can slip into. By understanding the impact, maintenance and the role of leadership needs, schools across the country can begin to improve the effectiveness of their PLCs.

The Impact of PLCs on Student Achievement

Teachers across the country are being forced to change pedagogical practices because of school reform (Song & Choi, 2017; Harris & Rosenman, 2017). Teachers are being thrust into PLCs with the hopes that through collaboration, teachers will be able to have a significant impact on the achievement of students (Song & Choi, 2017). The purpose and need for PLCs are driven by the ideals set forth by organizational theorists in the 80s (Hord et al., 2014). “Don Schon viewed the reflective practice as a precondition for continuous learning.” (Hord et al., 2014). Hord, Roy, Lieberman, Miller, and Frank referenced research stating there is “evidence that teachers who participated in professional learning communities viewed their practice as having changed the direction of students centeredness” (2014).

Song and Choi (2017) conducted a research study seeking to measure whether or not the implementation of a PLC could improve student achievement. In the conclusion of their research, Song and Choi (2017), concluded: “the positive causal relationship between PLCs and the school effectiveness variable could be seen as predicting a positive relationship between PLCs and academic achievement”. Research studies have shown “teachers’ attitudes and beliefs change when they directly observe how changes in teaching practice affect student learning.” (Song & Choi, 2017).  It is clear PLCs have a positive impact on the achievement of students. Teachers should be actively engaging in discussions and collaborative groups focused on moving students forward to close the achievement gap.

Harris and Rosenman (2017) conducted a research study to evaluate the effectiveness of PLCs. They state “PLCs led to new opportunities for teachers and students, evidenced by survey results and classroom observations’(Harris & Rosenman, 2017). As a result of PLCs, Harris and Rosenman state “Teachers supporting each other in professional learning communities can ignite transformation…” (Harris & Rosenman, 2017). This ignition and subsequent transformation have a significant impact on student achievement. Similarly, Dufour and Fullan (2013) state “Hundreds of schools have experienced significant gains in student achievement by embracing the PLC process”. Dufour and Fullan (2013) acknowledge that the 3 out of 4 of the 2011 national superintendent finalist attribute success to using the PLC process to drive change in student achievement in their respective districts.

Several researchers have made the claim through research for why there is a need for PLCs. They are useful in moving students towards achievement by engaging teachers and stakeholders and meaningful and purposeful conversations. The next critical component is how do are PLCs created and maintained in order to be effective for students.

Creating and Maintaining an Effective PLC

The major challenge as noted by several researchers in the implementation and maintenance of effective PLCs (Dufor & Fullan, 2013; Erkens & Twadell, 2012; Hord et al., 2014). There are several implementation strategies and suggestions that can assist in the process of developing and maintain a successful PLC. Dufour and Fullan (2013), Hord et al. (20140, and Erkens and Twadell (2012), have similar ideas in the necessary components needed to have a productive PLC. The components breakdown to Tuckman’s 5 stages of team development forming, storming, norming, and performing and adjourning (Mindtools.com, n.d.). Unlike other project management groups, because of the cycle of continuous learning, there is no adjourning phase of the PLC.

In the forming phase, groups are just getting together. Erkens and Twadell (2012) identify 7 things highly effective leaders can do for their PLC. In the forming phase of the group’s development, the leader should be focused on “creating and sustaining collaborative relationships, aligning systems (schedules and meeting times), facilitating shared responsibility, building coherence and clarity.” (Erkens & Twadell, 2012). During the forming phase, it is critical for a school leader to cover this basis as it makes it easier for the group to move into the remaining phases. Hord et al. (2014) suggest teams begin with an understanding of the “Continuous Cycle of Improvement”. This cycle allows teams to constantly and consistently focus on the movement of students towards mastery. After we move out of the forming phase groups move into the norming stage.

The norming phase is where the group starts to get into a rhythm and establishes how it is going to work together as a group to ensure students are achieving. Norming as pointed out by Erkens and Twadell (2012), is an integral part of the development and success of a PLC. They note that many groups begin by creating norms of acceptable and unacceptable behavior for the group when meeting (Ekens and Twadell, 2012). The researchers also make it very clear “we agree to disagree might sound desirable and even respectful when, in fact, it is actually enabling a culture of independent contractors that are counterproductive to collectively ensuring quality” (Erkens and Twadell, 2012). Dufour and Fullan (2013) state “the most powerful form of accountability in a loose-tight culture is peer-to-peer accountability rather and traditional top-down supervision”. It is paramount teams are able to get pass nice and move to a place where they can hold each other accountable to ensure everyone is doing the work to move students forward. Once teams are able to get to through the norming phase where they are able to work we then move to storm.

The storming phase is where the group’s norms are going to be tested. The leaders will have to step in and ensure the group is committed to the norms that were established (Erkens & Twadell, 2012; DuFour and Fallan, 2013). Dufour and Fullan (2013) discuss how leadership styles have a large impact on the effectiveness of the PLC through too loose or too tight administration. The team must have established “widely dispersed leadership, communicate purpose and priorities clearly and consistently, and have clear declarations of intent with purposeful actions.” (DuFour & Fullan, 2013). Being clear in these areas will make it easier for groups to get through the storming phase of group development.  Once the team is able to sustain throughout the storming phase they are able to move forward to the performing phase.

In the performing phase, the group should continue to review norms but they should be flowing through the “cycle of continuous improvement” (Hord et al., 2014). The cycle of continuous improvement will allow the team to focus heavily on the data and the needs of students in order to make decisions that will have the greatest impact on student achievement (Hord et al., 2014).

After reviewing each of the phases of the group development it is clear that the majority of the work will take place in the development and composition of the team and the norms the team will use to be effective. The literature makes it clear the focus of a PLC has to be on the collaboration of the group and their willingness to do the hard work of moving students forward (Erkens & Twadell, 2012; Dufour and Fullan, 2013; Hord et al., 2014).

The Role of Leadership in Supporting Effective PLCs

Leaders play a significant role in the effectiveness of a PLC (Erkens & Twadell, 2012; Dufour and Fullan, 2013; Hord et al., 2014). The members of the PLC need to have a balance of responsibility and accountability and there can’t be too much of either one (DuFour and Fullan, 2013). It is critical for school leaders to actively develop the capacity of themselves and the members that are on the team (Erkens & Twadell, 2012). This means the leaders have to consistently look for members who could be added to strengthen the team and what leaders currently on the team should be given more responsibility to move the team forward (Erkens & Twadell, 2012). There is an assumption that people will move into leadership and know exactly what to do, however, Erken and Twadell (2012), state emphatically leadership skills have to be developed and it is the role of the school leader to help develop those skills in others.

Erkens and Twadell (2012) provide a matrix of team health and productivity and provide resources and suggestions for school leaders who need to facilitate the transition from one skill area to another with their PLC. The ultimate goal is to have a PLC that is both healthy and highly productive, however, groups who are missing on the foundational pieces will fall into one of those four categories (Erkens and Twadell, 2012).

There are key tasks and steps that groups need to follow in order to develop as a positive PLC (Erkens & Twadell, 2012; Dufour and Fullan, 2013; Hord et al., 2014). The group has to focus on the impact it has on student achievement. The team has to make a commitment to creating and maintaining itself as a successful PLC. Finally, the group leader must do everything to ensure the health and productivity of the PLC (Erkens & Twadell, 2012; Dufour and Fullan, 2013; Hord et al., 2014). When the members of the PLC are all on the same page the group is able to move forward in a way for each member of the team to grow. After reviewing the literature there is an opportunity for more research to be done to understand why it is so difficult for PLCs to be effective and why teacher buy-in and support are hard to obtain for some schools.